First! Yellowstone is the first National Park and everyone that came after tries in vain to live up to this precedent. In 1872 your United States government had the brilliant idea to mark off an invisible boundary declaring Yellowstone a sacred and protected land. The hope was to keep it from the development of man, pristine and unchanged. The problem is that Yellowstone changes daily instead of by the standard geologic evolution of thousands of years. The earth is literally alive, as a river of magma flows below it. Mother nature has her way here, not man. Congress created a National Park, but if some Barnum-type character were to have gotten it’s hands on the lease first, it would have been surely billed as Mother Nature’s freak show, like no place on earth. 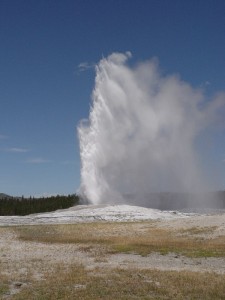 Yellowstone is large, in fact at 2 million acres, it’s the largest ecosystem of its kind on the planet. It’s quite frankly big enough to be its own state and not one of those small east coast ones, but a couple of them. For all the people that flock to this beautiful and weird wonder every year, 90% of it is barely touched and remains rugged and remote, with some of it still being mapped or yet to be.

Native Americans were the first to explore, hunt, and fish in Yellowstone over 11,000 years ago, but few tribes called this hostile environment home. When John Colter, famed member of the Lewis and Clark expedition, broke off on his own and ventured through a portion of Yellowstone in the early 1800s, he described the surreal and foreign landscape as a place of “fire and brimstone”. Many took Colter’s eye witness accounts of giant geysers, boiling mud pots, and boiling rivers as tall tales or delirious visions of a wayward explorer and started calling it “Colter’s Hell”. For years the rare and exotic geographic features that Yellowstone is today known for would remain the stuff of myth and legend.

In 1871 Ferdinand Hayden retuned to Yellowstone after a previous failed attempt to explore the area. This time he was backed by the United States government and he brought with him scientists, soldiers, photographers, and artists to survey the environment. After a thorough campaign documenting his findings, Hayden reported back to the government. Washington was impressed and a proposal to make Yellowstone the first National Park easily passed through the Senate. Senators were worried that without entrusting this land as a nationally protected park, any self-motivated huckster looking to make a buck could set up shop and ask for an entrance fee to see these other worldly geysers. Park Bill, H.R. 764 as it was officially known, would go on to pass the House of Representatives, with 115 yayes, 65 noes, and 60 abstaining. The 18th President of the United States, Ulysses S. Grant signed the bill into law. Grant’s signature ensured that Yellowstone’s wonder and awe would be safe for future generations to enjoy. 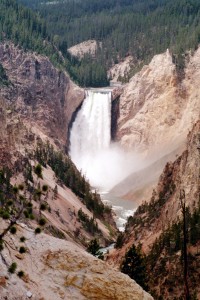 Yellowstone is an anomaly in the Park Service and the world as it boasts 23 mountains over 10,000 feet tall, 17 different rivers, and 4,000 bison. The bison that make their home in Yellowstone are the only herd in the lower 48 that have lived there since prehistoric times. But, more than anything it’s the shear amount and intrinsic beauty of the geysers that bring people to Yellowstone every year. A mind numbing statistic places two-thirds of the entire world’s geysers within the borders of Yellowstone National Park. The park also has the largest high altitude lake on the continent in Yellowstone Lake. Yup, Congress got this one right when they made Yellowstone the first National Park and set a precedent of protecting America’s treasured resources for everyone to enjoy.

In addition to the fabled bison of the West found in Yellowstone, the Park is also home to 67 different mammals including: grizzly and black bear, wolverine, lynx, elk, mule deer, moose, bighorn sheep, pronghorn, and white-tailed deer. Wolves, also native to the park, were just about all but killed off and listed as endangered species up until 1974. In 1995, 31 Western Canadian grey wolves were relocated into Yellowstone, which sprung up some debate with ranchers who feared they would leave the park and prey on neighboring livestock. As early as 2008, wolf populations were removed from the endangered species list in Montana, Idaho, and Wyoming. They were subsequently returned to the endangered list, but have since come off the list again in 2011 and 2012. Many ecologists and scientists believe the wolves play an important role in keeping a healthy ecosystem in Yellowstone. Wolf packs are known to take down prey as large as bison, often those that are sick or malnourished, which provides free meals for other scavengers as well as ensuring a more healthy herd in Yellowstone.

But what makes Yellowstone  so unique is what you can’t see. Just underground is one of the world’s largest volcanoes. The Yellowstone Caldera also known as the Yellowstone Supervolcano measures about 34 by 45 miles. When you’re that big of a volcano you deserve to be called super. If you were to drill down just four miles into the earth you’d find a massive cauldron of magma. The magma contained below Yellowstone is enough to fill three Lake Michigans. In case you’ve never been to Lake Michigan, for reference it’s 307 miles long, 118 miles wide, has a surface area of 22,300 square miles, and an average depth of 279 feet. Or in other terms, it’s enough hot magma for 50 Austin Power’s sequels starring Dr. Evil of course. Luckily it’s only been about 640,000 years since the last Supervolcano eruption. Even with a dry spell of that long since eruptions, Yellowstone is still home to a lot of seismic activity with hundreds to thousands of earthquakes a year, with just about all of them never felt above ground. To put it mildly a lot is going on in this magical place. It’s a place best explored in person, so make the trip and see this freak of nature for yourself. 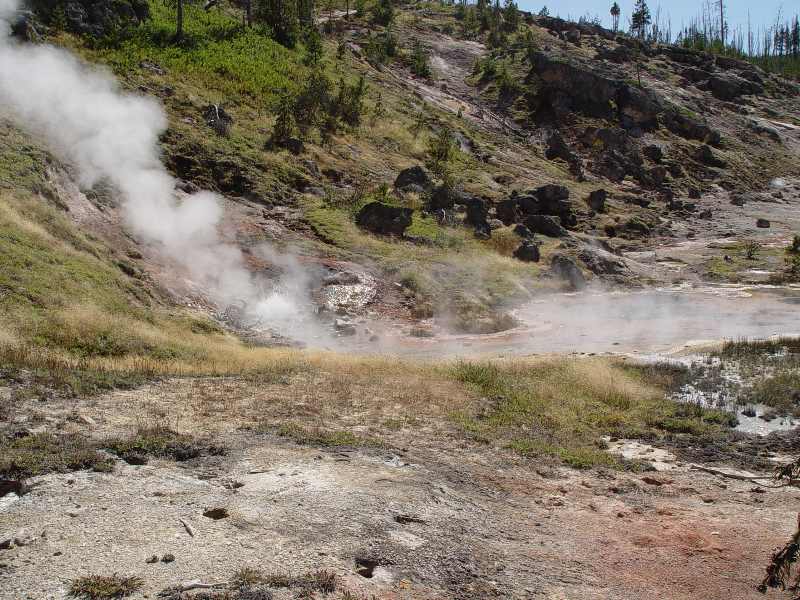